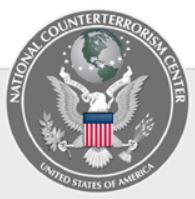 National Consortium for the Study of Terrorism and Responses to Terrorism

This page was created by Sue Homant